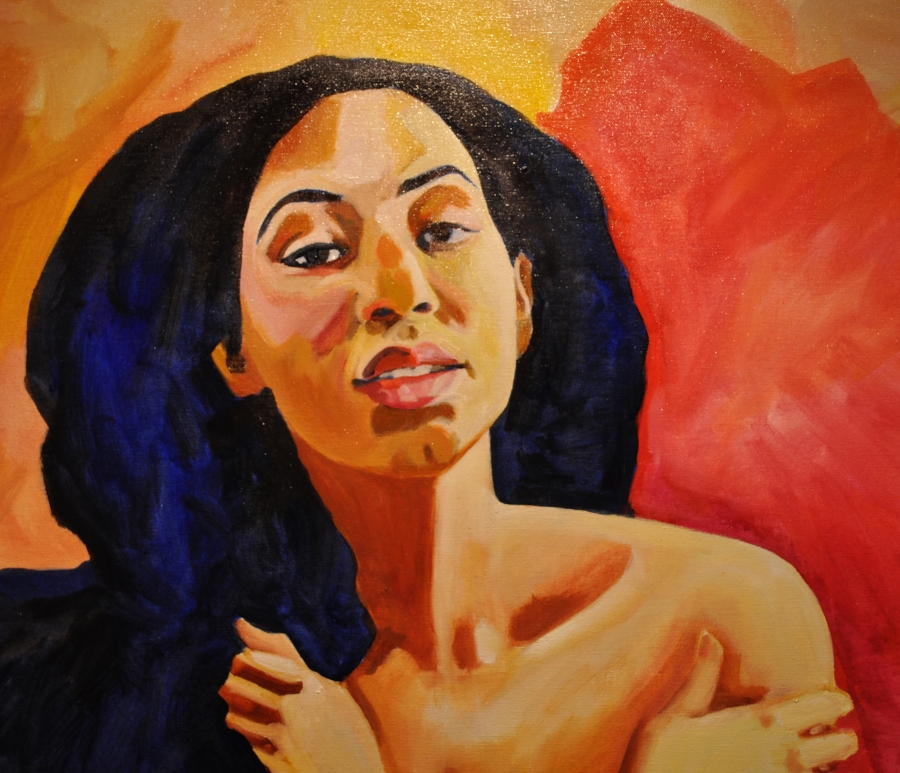 fikri, or love, has seeped into my endless homeland nostalgia. of lately i’ve been thinking about a guy i met in Asmara, Eritrea – a young Muslim tailor who didn’t look a day older than 30.

the shop was amid plenty a retail stores in Ketema’s Biyes Mikel that specializes in zuria and chiffon dresses. as a first comer to the neighborhood, i gradually learned the ropes of town and recall walking into a narrow shop on an errand run with my mother and her sister to alter the hem of a dress they’d purchased for my grandmother.

i had arrived to order the dress.

but weeks prior to ordering my dress, i hadn’t noticed the tailor until the owner, Nazir, singled him out to sew my dress.

i first locked eyes with the sew machine operator while heading toward his station. i extracted a few facial characteristics on first glance: mustache, blemish-free skin, clean cut, inviting eyes, topaz complexion. a blend of mature and boyish looks, i thought.

the 5’8 tailor wore a mesh jumpsuit (similar to one you’d see in sport commercials) which alluded to his wardrobe sense and/or how diaspora has spawned Western fashion and influenced esthetics in the homeland.

the yellow tape around his neck were soon clutched in his hands signaling his next move: outlining the thickness of my body – height and waist – and eventually across my chest measuring my bust.

a few moments of remodeling the fabric in front of a full-length mirror, I decided the chiffon’s shade of dem begi (cow’s blood) fared well against my melanin. i stopped by the counter with a wad of Nakfa in my hand confirming the purchase when i heard a voice call out my name.

i casually turned my head and flashed a smile, thinking ‘he’s friendly.’ at that moment disregarding all possibilities of his name-calling as a manifestation of acknowledgment, of interest. he also might have been inviting me to dialog.

still and all, my name felt so safe in his mouth.

intuition told me to accept his forwardness, and i asked a modest question that punctuated an inkling of flirtation. Shimka men’yu (What’s your name?)

“Saeed,” he replied with twinkle-eyes.

i was stunned. i realized the dressmaker was of the Muslim Tigrinya clan known as Jeberti. in advance of that day i had minimal contact with Eritreans of the Islamic faith. i grew up with the Christian majority in the States, and those minor encounters with Eritrean-Muslims were in environments already inclusive to our heritage and religion seemed least important.

this exchange was different though. Saeed corresponds in the country’s dominant tongue of Tigrinya and neither hears nor speaks English.

withal that transpired, i approached my relatives later in the day with questions about Christian-Muslim relationships in Eritrea while strategically gauging if they would accept and support my decision to marry a man outside of my religion. not that i’m currently considering, but anything could happen.

still fraught with surprise, i shuffled out the Asmara shop without sealing our sublime encounter with a “nice to meet you” because a) i had a momentary lapse and forgot how and b) i grew consciously insecure of my language capabilities again. also, there were other male workers who i perceived caught wind of our subtle flirting, too, and all eyes and ears us.

i saw Saeed again on a wet stroll in Ketema. (by now i had the dress in my possession and was solely in the area accompanying a cousin who was looking for a sharba on sale.) i sensed slight prohibition on Saeed’s end the moment he down-fived me (a hand slap is less formal than a firm shake) and reverted his eyes to the counter instead of my face. he was delighted to see me – i felt so. i’m thankful i met him and wished to have taken his photograph.

here and there i bring about potential conversations with Saeed had time allowed us to fully embrace each other. some days i feel Saeed is thinking of me, too. a girl’s allowed to dream, right?

author questions: have you ever met someone abroad that you shared an unspoken connection with? do you think love is possible when two people don’t share the same language? what is your most proud, sentimental possession from traveling?