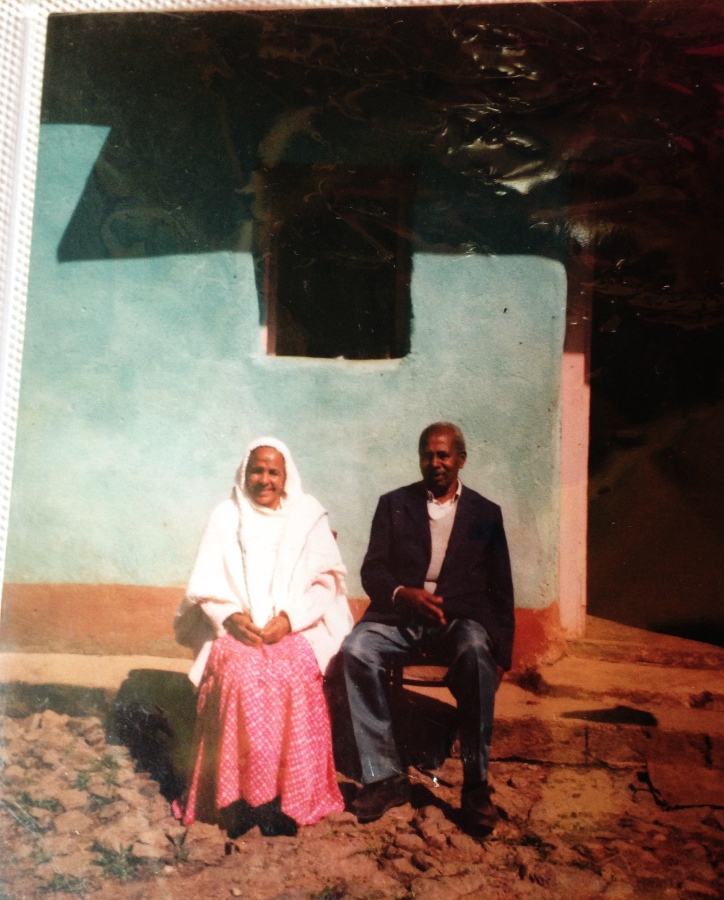 The preaching persisted until 8 a.m. and it began some hours after midnight. The first thought to come to mind was ‘how louder will they get before realizing they’re interfering with my sleep?’

It must have been the generator, I thought, not fully awake to comprehend what I had heard.

My grandmother was the one who confirmed the sounds once she got in from whizzing outside. Hadas, or abaye, is fair-skinned and with an orthodox cross tattooed on her forehead, and a history of squinting that has scarred her with a lifetime of crow’s feet around both eyes – a habit that her daughters, including my mother adopted earlier in their lives.

With the use of a power generator to amplify the sounds the sermons held at a nearby church forbid me to obstruct my sleep. And there wasn’t a way to discern the size of the group. One thing was certain, they caused me days of irregular sleep.

At first, this scene, didn’t produce any disturbances in the largest room of my grandparent’s three-bedroom brick house atop a rocky terrain in the small Southern town of Adi Quala. I lied in bed, wide-eyed, surrounded by the darkness and worried that someone in the room would realize I wasn’t sleeping. (Apparently their sleep proved too rigid it couldn’t be broken with any sermon.)

By the same token, I needed to occupy my thoughts with something so I searched for a pen and the built-in flashlight on my iPhone and began scribbling out of the same journal page I’m now referring to.

After all, maybe a higher force wanted me to hear them. If the sudden spike in volume needed to happen to arouse me to question the sound to begin with, then I needed to get up.

That week, I noticed my grandmother’s absence at breakfast time. It was only until her mid-afternoon returns from the church nearby where she’d join us in our evening feasts in the living room. I would later discover that the Christian holiday of Maria resulted in those forceful sermons in the middle of the night and her fasts.

My fastest comparison of the Maria in Eritrea was to the ship’s name I learned the claimed founder of America, Christopher Columbus, use when discovering my birth country.

I questioned why Maria was observed in Eritrean and its purpose among Eritreans of Christian faith. I never got a straight answer, but I have yet to hear about this special holiday in the States. Another discovery made in Eritrea was a miscalculation I held about my grandmother’s ability to regurgitate those late-night sermons. I don’t understand ge’ez, she said on the second night of the sermons. In retrospect I could see why.

4 thoughts on “When Sermons Cause Irregular Sleep”